Hewitt named one of best places to live by Money Magazine 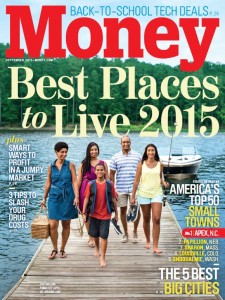 Not only is Hewitt, Texas one of the safest towns on this year’s list, but it stands out for being one of the truly most affordable places to live as well. Hewitt ranks first on MONEY’s list of 5 Great Places to Stretch a Dollar and second on the list of Five Best Places For Affordable Homes (the median home price is an impressive $144,168, well below the national average of $207,995). While the $69,937 median household income is lower than the national average of $74,364, average property taxes here are $3,568.

The town is no stranger to MONEY’s list, though it’s climbed significantly higher in the rankings since its last appearance at #46 in 2009 (it was also ranked #44 in 2007). Located just outside of Waco, residents of Hewitt benefit from the larger city’s museums, parks, wineries, and other attractions without losing the small town charm.

Hewitt is investing heavily in its parks system and public buildings. Construction is underway for a new amphitheater, which community leaders plan to use for outdoor concerts and a venue for weddings. The town also broke ground on a new joint city hall and library earlier this year, with construction expected to be completed by 2016. — Alicia Adamczyk

This site uses Akismet to reduce spam. Learn how your comment data is processed.