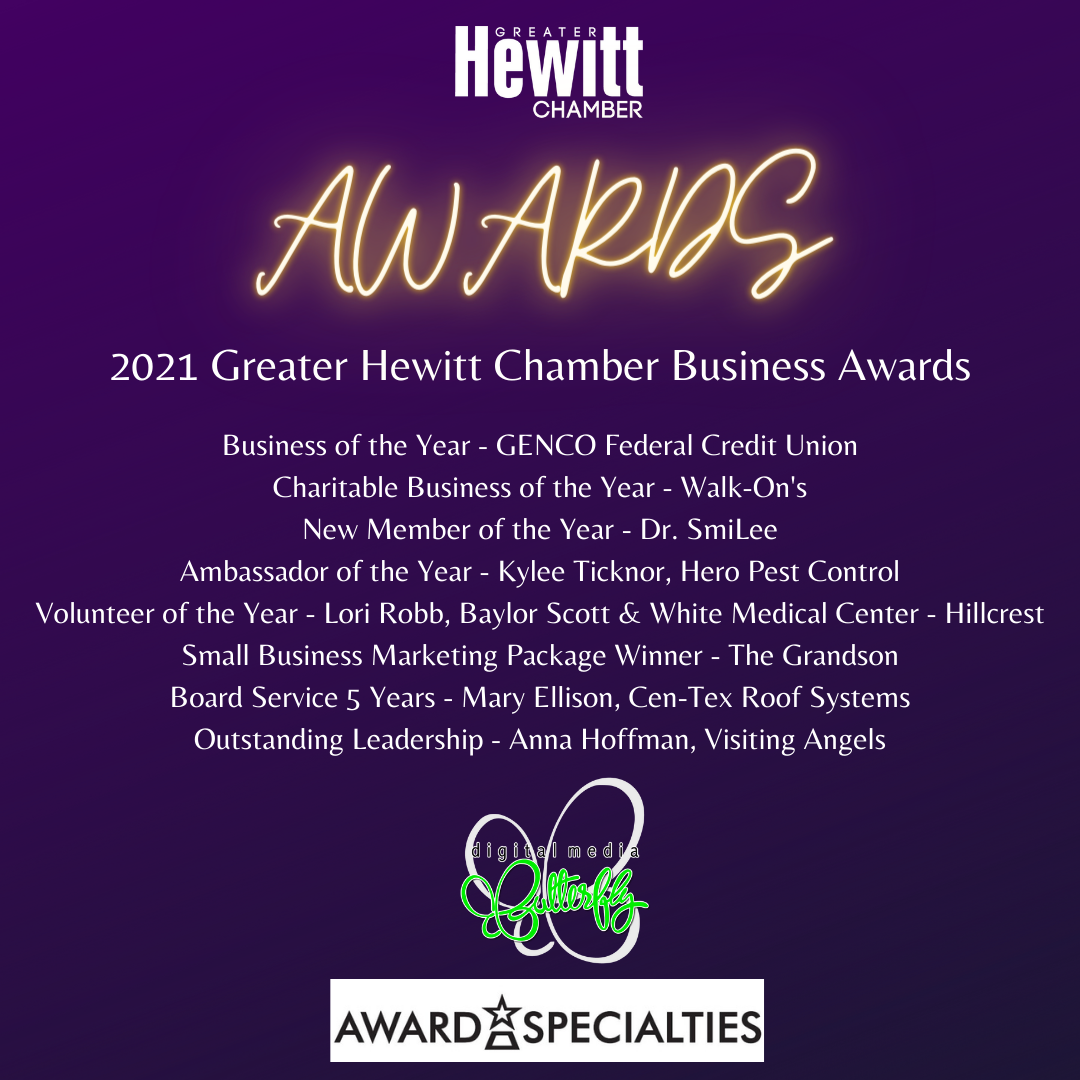 The Greater Hewitt Chamber is honored to recognize outstanding businesses and individuals in our Chamber that consistently put forth an effort to better our community through leadership and integrity. Our annual awards are presented to winners each year at the Greater Hewitt Chamber Banquet. Special thanks to Digital Media Butterfly and Award Specialties for sponsoring. 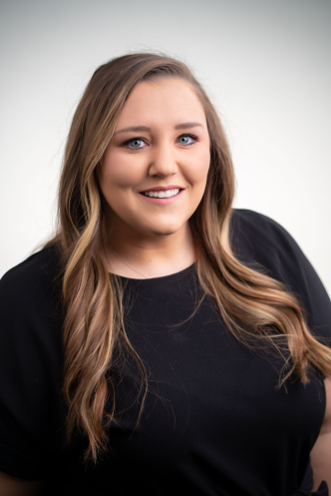 Kylee Ticknor – Ambassador of the Year

A Greater Hewitt Chamber Ambassador serves as the face of the organization, increases member activity and displays a high degree of professionalism and community involvement. Kylee has been a great support to the Chamber’s mission by volunteering throughout the year at major community events, recruiting members and supporting the office with several tasks. Kylee also is a strong supporter of the chamber’s growth and retention efforts. We are thrilled to recognize Kylee Ticknor as the 2020 Ambassador of the Year. Reece was nominated and is currently serving on the Board of Directors.

Dr. SmiLee has been a great support to the Chamber and City by being actively involved in numerous community events throughout the year including Ribbon Cuttings, monhly event support and the Annual Banquet. The Chamber is honored to recognize Dr. SmiLee as 2021 New Member of the Year. 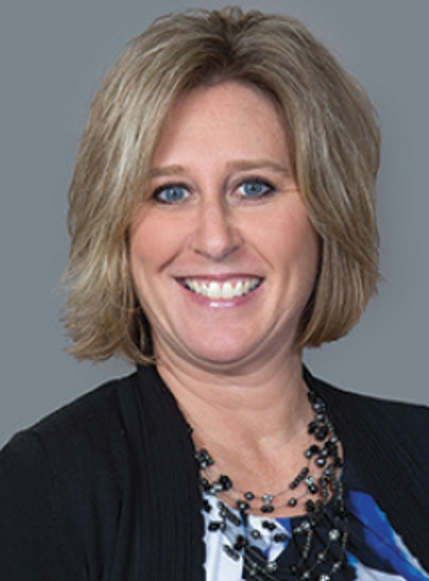 The Volunteer of the Year Award is awarded to the individual who combines a strong vision for furthering the chamber’s mission with the leadership skills to organize fellow volunteers to see that vision to fruition.  This award is presented to the volunteer who has excelled in encouraging community members and Directors to be involvement in Chamber activities. The Chamber deeply appreciates Lori’s efforts in moving the organization forward. Lori is currently serving on the Board of Directors.

The Business of the Year demonstrates all-around support to the Chamber, its mission and the greater Hewitt community’s development. GENCO has established a strong reputation of being community-minded by providing leadership on committees for Greater Hewitt Chamber community events and has consistently invested in the Chamber’s efforts over the past several years. GENCO sponsors the Annual Membership Banquet, Hewitt Express Classic and several City of Hewitt initiatives. The Chamber is proud to recognize GENCO as our 2021 Business of the Year. Waco Branch Manager Scott Hedges currently serves on the Board of Directors.

The committee uses a weighted rubric to help identify Business of the Year finalists based on financial support, volunteer support, and leadership positions filled by the company within the GHCOC. The winner is selected from among this group of finalists and is our first winner for this category.

The Greater Hewitt Chamber is proud to serve small businesses in our community. Beginning this January, the chamber launched a new initiative allowing members in business for less than 3 years and employing less than a staff to apply. The winner receives a $2,000 Marketing Package, customizable to fit their business needs, in order to boost small business efforts. The winner demonstrates a unique drive and determination in establishing business growth in the greater Hewitt area. Past winners include Fluff Wash & Fold, and Superman Electric.